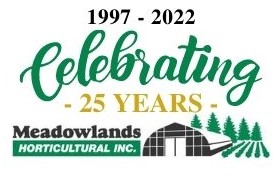 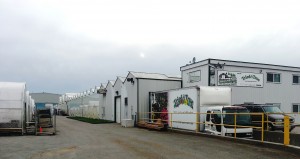 Since Gordon and Cynthia Wong founded Meadowlands Horticultural Inc. in 1997, the Burnaby, B.C. based business has evolved into a premier plant propagator. Originally named Meadowlands Farm and Nursery, growing began with 20,000 square feet of Harnois Ovaltech greenhouses located on four acres of land. Meadowlands grew primarily bedding plants, hanging baskets, potatoes, Chinese vegetables, and some herbs for garden centers and grocery stores. In 1999, there were many advancements including a corporate name change, and an agreement in principle was established with an international young plant sales and marketing company.  Meadowlands became Northern Innovator’s primary rooting station in Western Canada. Construction of a 25,000 square foot Prins Glass Venlo House was needed for plant propagation. With numerous expansions over the last ten years, Meadowlands’ facilities employ a mix of traditional and advanced technologies to meet our uncompromising standard of quality. A major highlight for Meadowlands was the purchase of the Tried and True® brand from White Rock Nurseries in 2005, further developing MHI’s commitment to servicing the industry. The program was started in 1999 after Ed Holden and J.P. White recognized a need for a line of plants that would be reliable, easy to grow and maintain, and would perform well for the home gardener. This proved to be a perfect fit with Meadowlands’ unwritten motto of “quality, service, and innovation”. Tried and True allows Meadowlands to pick the best possible plants and offer them in one complete line. The spring Garden Collection consists of over 175 popular annuals, grasses, and perennials. In 2009, believing in a resurgence in home-grown vegetables, Tried & True Edibles® was launched with more than 80 premium varieties of fruit, vegetables, and herbs. In 2014, Tried and True Edibles became certified organic. Tried & True Organic Edibles follow the strict guidelines and code of practice set down by the TransCanada Organic Certification Services.

“The love of gardening is a seed once sown that never dies.”